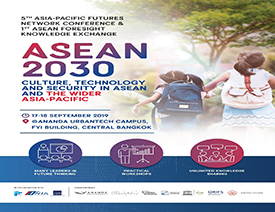 A Trend Alert to be presented at ASEAN 2030 by our Founder, Dr Michael Jackson. Do come to this great conference.

ASEAN is predicted to be the regional engine of growth through 2030. Is this true?

Read on to discover what our robot, Athena, has found on the future of ASEA and act accordingly, or click any link to read the evidence she found in 6,840 forecasts she gleaned from reports, articles and PowerPoints from the Web and Social Media in a few seconds.

If you are new to foresight, we recommend you view this slide presentation first: /wt/theory/all/theory to get the best out of this report.

Analysis
For more detailed explanation of the graphics below please click here. All outlooks based on 2025 unless otherwise stated. 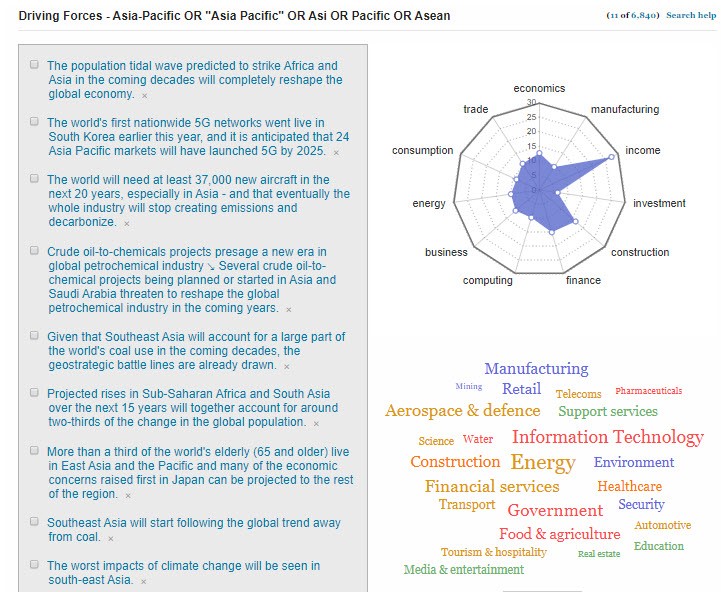 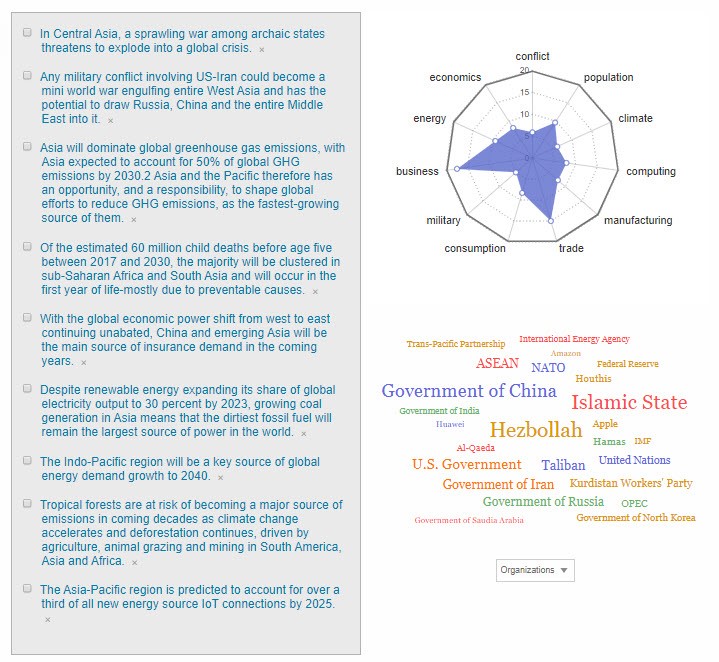 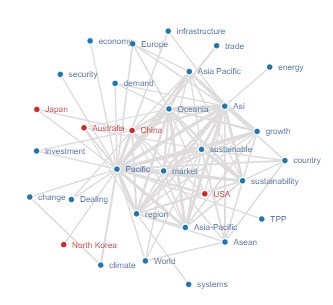 But there is simultaneously a need for long-term regional sustainability. 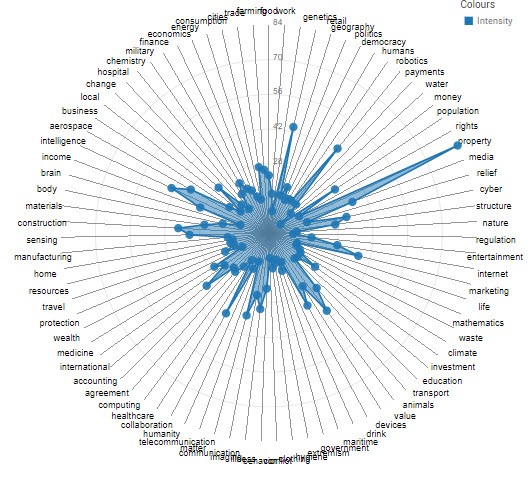 Trend Waves
Rising change from four years ago is likely to continue out to mid-century and beyond if no unexpected surprises.

Sentiment
Lots of positive sentiment towards ASEAN in terms of improving human rights, communications, increases in resource availability and payment mechanisms. But still concerns about waste generation, poverty, and loss of biodiversity. 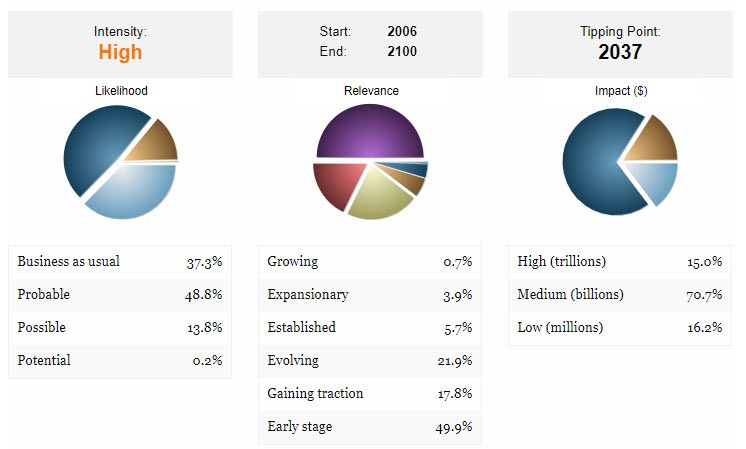 Cities
Most change at a city level is coming from ASEAN.

There are many opportunities for ASEAN countries. ASEAN has hardly scratched the surfaced. China has a big lead but watch out for India and geopolitics possibly changing the balance

All sectors now realising the need to transform against increasing global competition.

At a global level: China, India and Japan lead the charge. South Korea is at the back of the bus amongst the G20. Indonesia potentially coming up on the rails, 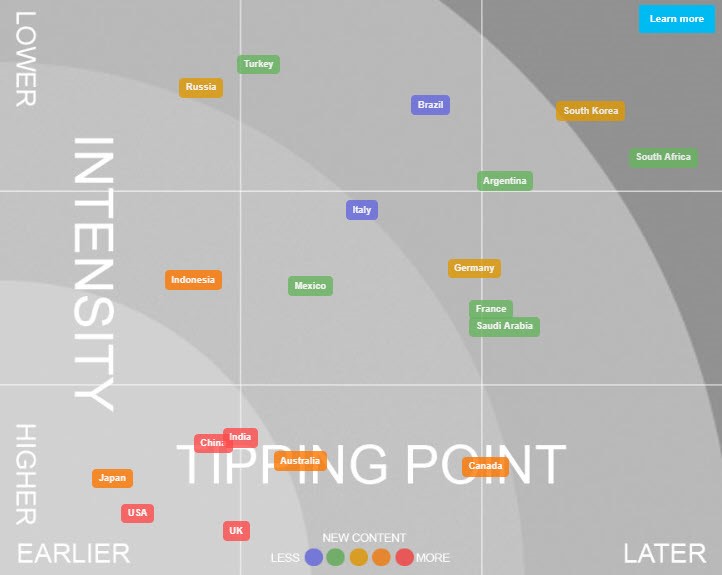 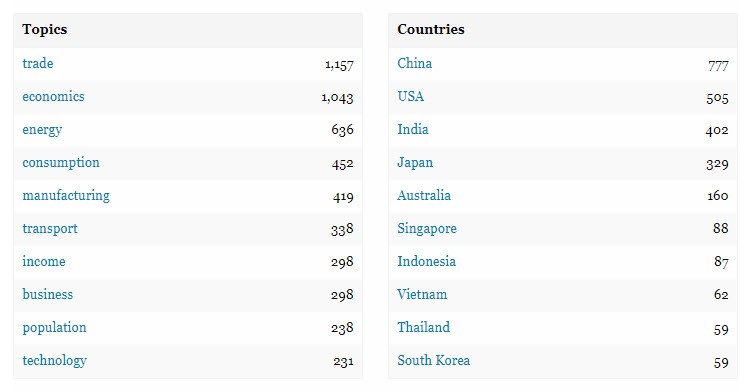 Search term: “wearable*”. Use this search term to explore our database for more knowledge and wisdom and latest data and information on the topic.

Custom Services
We can produce equivalent reports to this one on any topic for just £1,000 (Plus VAT in Europe). Market rates are usually at least five to ten times this price. Or, you can subscribe to our service and make these yourself at will and use the forecasts in private, collaborative workshops to develop your strategic responses in hours rather than the weeks and months of traditional foresight projects using these methods below:

Do contact us to see how we can help you track emerging uncertainty issues and developments as they are announced or reported.

Sources
Athena used the sources below as the top ones to create this report and determined which embedded forecasts are included in this Trend Alert. She found 6,840 forecasts in seconds on 29th Aug April 2019 to allow us to publish this report in less than two hours. She can turn these into PowerPoint slides and Audio files in minutes too as you wish, or we can prepare a full customized and professionally written brief for you to order covering all these forecasts.

Athena
Athena does show duplicates to aid your understanding of themes as well as contradictory forecasts. She may also show near-duplicates. You can speed read past the duplicates and near-duplicates if you wish, though the latter may show additional information. You can use the contradictory, and likely uncertain forecasts she finds to imagine different scenarios. The future is unpredictable, but we can examine the possibilities and choose our preferable future from the choices she presents.

Athena is apolitical. She will report forecasts from different viewpoints however distasteful that might be to our own values. Wearing rose-colored glasses is not her purpose; reporting potential futures is. So, we recommend you check her veracity before responding to her extracted forecasts.

Just like humans, Athena can be fallible. Do recognize that you and your associates are biased too. But whereas you tire, make mistakes and only recognize what interests you, she does not. She might miss or misinterpret as you do, but with far less frequency and she'll take uncomfortable truths and alternative ideas in her stride. But, please let us know if you feel her bias can be reduced. We want to do our best for you. And, as with any research, you should check and triangulate her findings for yourself.

Keep up to date

You can stay bang up to date on this topic or choose from our many automatic reports to determine what’s next in seconds.
Global goals | Social changes | Sector prospects | G20 watch | Key Organizations

You can also ask us to set-up private topics for you (clients only) to achieve the same thing as this Trend Alert for your associates or set up email subscriptions (Registration required) on your favorite subjects.